"I think of birds as a circle of friends and acquaintances. Going to the local park is like walking into Cheers. Here's the warbler, back again. 'How was Mexico?'" 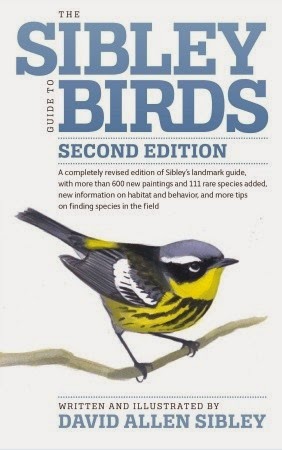 Posted by The Regulator Bookshop at 11:19 AM No comments:

"We went there for everything we needed." The Quote of the Week

--the opening paragraph of J. R. Moehringer's marvelous 2006 memoir, The Tender Bar.
Posted by The Regulator Bookshop at 2:32 PM No comments:

Email ThisBlogThis!Share to TwitterShare to FacebookShare to Pinterest
Labels: Quote of the Week

Shop Local! We couldn't have said it better ourselves..

By Bob Ashely, Herald-Sun, 16 March 2014
The other day, waiting to pick up a lunch order at a quintessentially Durham establishment – a taqueria adorned with a large cow atop its roof, legacy of its days as dairy bar – it occurred to me how during my time in Durham the lure of buying local has grown year by year.
In part that’s because Durham in the early part of the 21stcentury has perhaps the most vibrant, varied and engaged local business operations of any place I can recall in my adult life.
And in part it is because I’ve been educated over time by many friends in the local business community about the unique importance they hold in the community’s social and economic fabric.
That is not to dismiss the importance of major national retailers, restaurants and service providers. I happily benefit from the rich variety and availability of merchandise and culinary options brought to us by our landscape of national retailers. A  newspaper colleague and I were talking the other day about the fact there is scarcely a major national retailer not represented in this market – something that would not have been true a couple of decades ago.
But there is something special about the contribution of local businesses, and making extra effort to sustain them is worthwhile. And it’s important to realize the benefits that accrue.
If you need some examples, look no further than another wonderful Durham fixture – the website of Sustain-a-Bull. The organization, inspired by Ninth Street merchants and curated by Amy Campbell, daughter of Regulator Bookshop co-owner Tom Campbell, exists to encourage people to “Shop independent Durham.”
And the website offers several arguments for “Why Local Matters:”
-- “In a 2012 national poll, respondents said that having locally owned businesses nearby is the #1 factor in creating an ideal community.
-- “A 2011 study found that ‘counties with a vibrant small-business sector have lower rates of mortality and a lower prevalence of obesity and diabetes’ than counties without one.
-- “Studies of both agricultural and manufacturing communities found that places with a diversity of small-scale enterprises had higher levels of civic participation and better social outcomes than those dominated by a few outside corporations.
-- “Each dollar spent at a local, independent merchant generates up to four times as much wealth in the local economy as a dollar spent at a chain-owned business, due to the local multiplier effect.
“ --Farmers who sell items locally tend to be smaller scale and can more feasibly adopt environmentally beneficial practices such as growing diverse crops, planting cover crops, leaving habitat buffers for native biodiversity, and integrating crop and livestock production.”
That last bullet point underscores the contributions of our increasingly popular and extensive farmers’ markets – another example of Durham’s embrace of buying local.
More than 100 local businesses are members of Sustain-A-Bull (many advertise in this newspaper, for which I and my colleagues are especially grateful). They no doubt are encouraged by statistics such as this, again from the website:
“Independent businesses in communities with an active ‘buy local first’ initiative, such as Sustain-a-Bull, reported almost 3 times more revenue growth in 2012 compared with those in areas without such an initiative in a recent survey from the Institute for Local Self Reliance.”
Farmers’ markets, ethnic restaurants, coffee shops with eclectic and funky décor, hardware stores without blister packs where clerks will call around to find an item they don’t have in stock, boutiques with unique merchandise, fair-trade-focused import shops – Durham is alive with lively local businesses.
That is yet another affirmation “great things are happening in Durham.”
(Bob Ashley is the editor of the Durham Herald-Sun)
Source: heraldsun.com
Posted by The Regulator Bookshop at 4:15 PM No comments:

"Pearl divers in training..." The Quote of the Week

“The little boy had wandered away from his mother, tacking across the grass to the play structure. His mother watched him go, proud, tickled, unaware that every time they toddled away from you, they came back a little different, ten seconds older and nearer to the day when they left you for good. Pearl divers in training, staying under a few seconds longer every time.”
―Michael Chabon, Telegraph Avenue.
Posted by The Regulator Bookshop at 12:24 PM No comments:

Promote Your Page Too